The Naumburg Bandshell, a gift of Elkan Naumburg was built September 29th, 1923. It replaced the former music pavilion, a Jacob Wrey Mould designed Moorish-style wooden and cast-iron structure which was completed in 1862.

Astonishingly, during the summer of 1923, 959 concerts were presented at this new facility. The design of the Bandshell was influenced by the Pantheon of Rome, and more closely, the Imperial Russian pleasure park’s pavilion at Gatchina Palace. The use of European park styling as a model for Central Park’s additions was in keeping with The Central Park Designers Frederick Law Olmsted and Calvert Vaux’s architectural vision of nearly 60 years earlier. 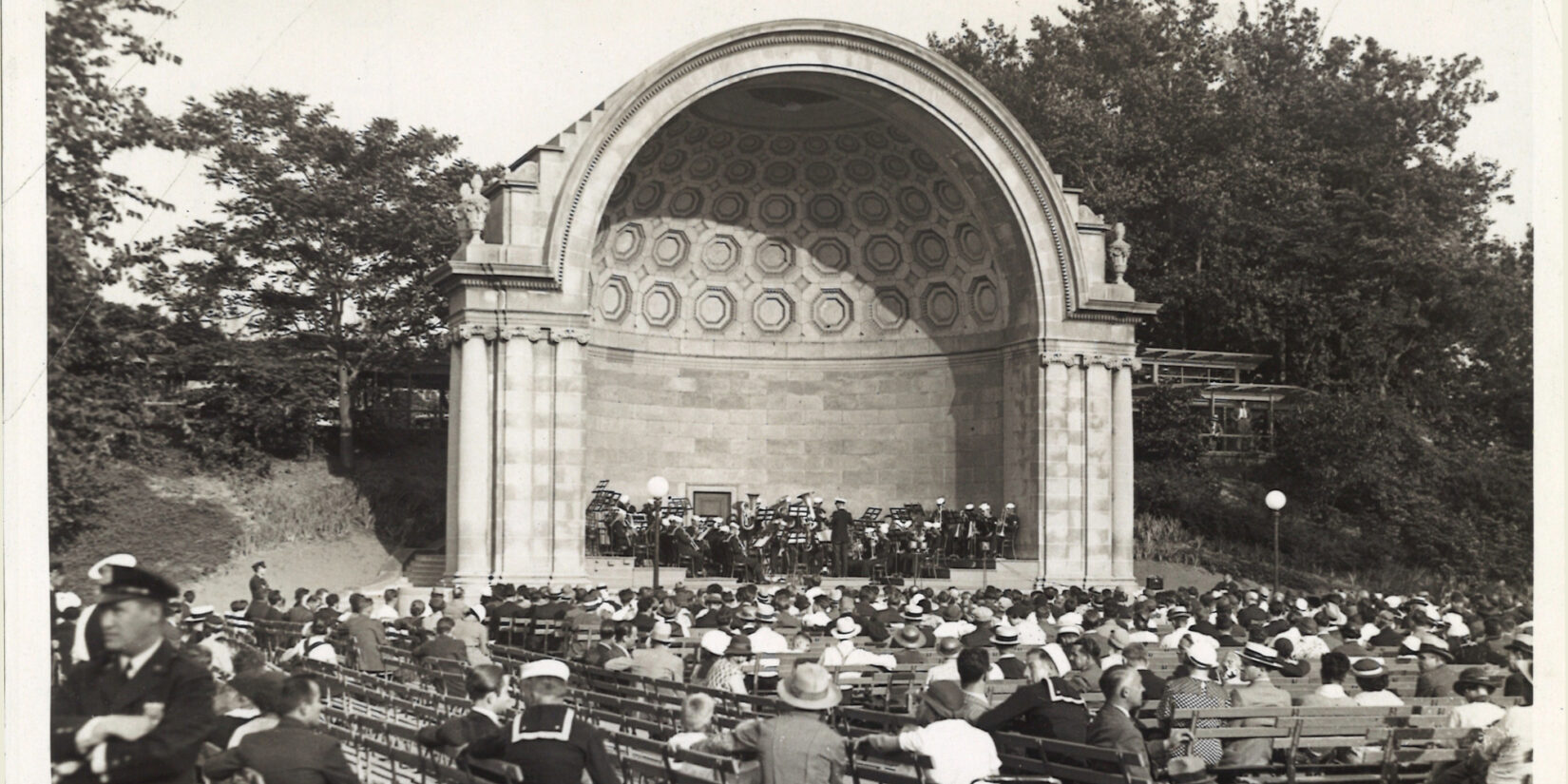